Type in “digital nomad cities” and you’ll see some places that consistently come up as the first locations in any list. Every digital nomad knows about Ubud, Canggu, Chiang Mai, and Ho Chi Minh City in South East Asia, Lisbon, Berlin and Barcelona in Europe, Medellin, Buenos Aires and Lima in South America, as well as Austin, Portland and San Diego in the USA, most of which have been featured extensively on our very own blog.

So we’re going to take this article to the next level and present you with the trending digital nomad hubs that haven’t made it onto everybody’s radar – yet.

With its extensive history, stable economy, high safety, as well as easy and cost-effective ways to get around, Europe is always a great destination for any digital nomads.

Yes, non-Europeans must be aware of the restrictions of their Schengen visa, and Western Europe in particular is one of the more pricey areas in the world. But on the whole, Europe has so many wonderful and varied locations with growing digital nomad communities to offer, it would be a shame to miss out on them in your travels.

We’re actually approaching the end of WiFi Tribe’s first Budapest chapter at this very moment and everybody is dreading having to leave. We spent a wonderful August here, due in big part to this amazing location.

Hungary’s capital city has it all: history, beautiful historical architecture that Walt Disney surely drew inspiration from, a WiFi-friendly cafe and restaurant on every corner (literally every corner), cheap cost of living compared to Western European cities, river cruises, spas, an abundance of sun, sun and more sun, as well as chaotic but trendy ruin pubs that will tempt you to go out every night and stay out until the wee hours of the morning.

We were lucky enough to be here during the famous Sziget Festival, as well as Hungary’s greatest national holiday, St. Stephen’s Day, celebrated with day-long festivities and a massive display of fireworks over the Danube river.

The city boasts 15+ coworking spaces, the three most popular of which are KAPTÁR Coworking, Impact Hub Budapest, UP Center and Loffice.

Seriously, do not miss this beautiful, vibrant city and help put it on the digital nomad map. It won’t disappoint.

Recently the Number One destination on Nomadlist for several weeks, Las Palmas is fast becoming one of the most popular and fastest-growing digital nomad hubs after the well-known classics.

Add a host of coworking spaces and a myriad of cafes into the mix, and Las Palmas really manages a great balance between work and play.

Aaaand we’re back in Eastern Europe, where cost of living is comparably cheap and many amazing places aren’t yet overrun by tourists.

The startup community in Estonia’s capital city Tallinn has skyrocketed since the introduction of their easily attainable e-residency, and coworking spaces are popping up all over the city.

Estonia has lately made great strides in building an immense digital infrastructure, which has made it extremely interesting for digital nomads and entrepreneurs with tech- and financial backgrounds. Added to that, Tallinn’s nightlife and inherent charm, more than make up for the sometimes chilly weather of the Baltics.

Ljubljana has been stated by many digital nomad visitors as one of the most charming cities you’ll ever lay eyes on – often received with some surprise as it remains a completely underrated European destination.

What makes this a great digital nomad location is the fact that Slovenia’s largest university lies in the centre of the city. Students make any city feel vibrant and youthful, and in Ljubljana the university is the reason for the countless cafes, libraries and high-speed internet throughout the city, making it not just ideal for students.

But if you’re now worried that this is your typical college town, don’t worry. Ljubljana remains small and charming enough to escape the party-vibe for a more tranquil and safe energy – perfect for escaping the chaos of big-city life while still having everything you need close-by, including several popular coworking spaces.

Africa isn’t exactly the first location a digital nomad thinks of when considering his or her next destination. But it’s getting there – and we know two reasons why.

Lions and Table Mountain and beaches, oh my!

Lets just put this out there right now: We WiFi Tribers luuuurve Cape Town. With two full chapters in 2018 and another already set up for early 2019, we just can’t get enough of this vibrant and diverse city. It’s surrounded by not one but two oceans, has not one but two major peaks to climb, and offers not one but thousands of adventures and activities both within and outside the city limits.

Whether you’re looking for safaris, shark cage diving, swimming with penguins or seals, kayaking, paragliding, hiking, mountain climbing, sailing, an ecstatic nightlife, food markets, wine tours or gin tastings – you have it all at your fingertips.

Add to that the low cost of living, a truly impressive number of coworking spaces and WiFi-happy cafes, and you have the place with the perfect work-life-balance – as long as you don’t get distracted by the incredible range of “life”-options.

Two caveats to Cape Town we feel the need to mention: One is the tense water situation, resulting from years of perpetual drought. Just this May, Cape Town came within weeks of “Day Zero”, the day when the city’s fresh water reservoirs would have reached a critical low. During our chapter in February, we had to severely regulate our fresh water usage, by the end resulting in 60-second showers per person per day.

This winter is the first in several years when Cape Towns “rainy season” actually lives up to its name – sort of. The key dams are back to 50% of their usable water levels and the city isn’t expecting severe water shortages for the rest of 2018 or even 2019. That being said, some restrictions are still in place and citizens and visitors alike are asked to remain conservative in their fresh water consumption.

The second caveat would be the higher crime-rates compared to Western countries (though there are also very safe districts in Cape Town and none of us ever felt threatened in the area where we lived), as well as the extreme poverty evident especially in the townships outside of Cape Town city proper. Townships are basically South Africa’s slum districts and they are shockingly vast and hopelessly impoverished.

If you’re not ready for either of these types of reality check, you may want to consider other destinations. The same goes for the other African country on our list…

With iHub, Africa’s most successful tech hub located in Nairobi, digital nomads working in the tech industry will especially find this Kenyan capital to be quite a draw. As the nerve center for all things tech in Africa, Nairobi provides broadband internet, a large selection of coworking spaces, and lots of networking events.

The digital nomad community is growing in this city situated smack-dab in the middle of prime safari country. You won’t miss your laptop while you watch thousands of wildebeests migrate across the Masai Mara, hike through Great Rift Valley, or ride a horse past African wildlife with Mount Kilimanjaro as your backdrop.

To be honest, the following two Asian locations aren’t exactly well-kept secrets amongst veteran digital nomads anymore. But they’re also by far not as “in” or talked about as Bali or Thailand, and their digital nomad communities are still growing, so they bear mentioning in this list.

Seoul is probably one of the safest places you can visit as a digital nomad. In South Korea, the possession of guns is illegal, there are no religious conflicts or racial discrimination, and theft is basically unheard of. Your iPhones and laptops are very safe here.

South Korea is also boasts some of the fastest internet connection speeds in the world, so you won’t be left hanging. Add the fact that English is the country’s second language and spoken by almost everybody, a perfect public transportation system, amazing food, and a large tech community with more coworking spaces than you can count, and you’ll have no idea how Seoul isn’t already one of the digital nomad “classics”.

Taipei is a fast-paced city with convenient links to Japan, China and Southeast Asia, giving it vast potential as a digital nomad hub. And the remote worker community there is indeed growing steadily. Don’t let the rainy winters or hot, humid summers keep you away from this country, for which US-citizens and most Europeans don’t even need a visa for up to 90 days.

Internet is fast and present even in your local convenience stores or subways – not to mention the many cafes around town or the unexpectedly high number of coworking spaces. While not (yet) as big as Silicon Valley, Berlin or even Singapore, Taipei’s startup- and tech scene is one to keep an eye on. Taipei is also a great base for weekend trips and adventures all around Taiwan.

Many South American locations have always lent themselves as digital nomad destinations. They’re cheap, spectacular, vibrant and hold a lot of magic and adventure. While our following pick may be obvious as a digital nomad hub for some, it may come as a bit of a surprise to others.

Mexico City seems to be the place that charms a lot of travellers when they’re least expecting it to. Before getting there, most people are a bit leery of the high crime rate and all the rumblings of drug-related violence. But once there, most digital nomads agree that however long they’re staying isn’t long enough.

And for good reason. Mexico City is an excellent place to work. There are countless cafes and coworking spaces that practically beg you to get some work done.

With its mild winters, world-class gastronomy, vibrant nightlife, low cost of living and friendly attitude towards foreigners, Mexico City is a great city for digital nomads to hang their hats for a month or three.

Have you been to any of these not quite so obvious digital nomad cities? What were your experiences? Why not drop us a line in the comments or check out which of these locations WiFi Tribe will be heading to next. 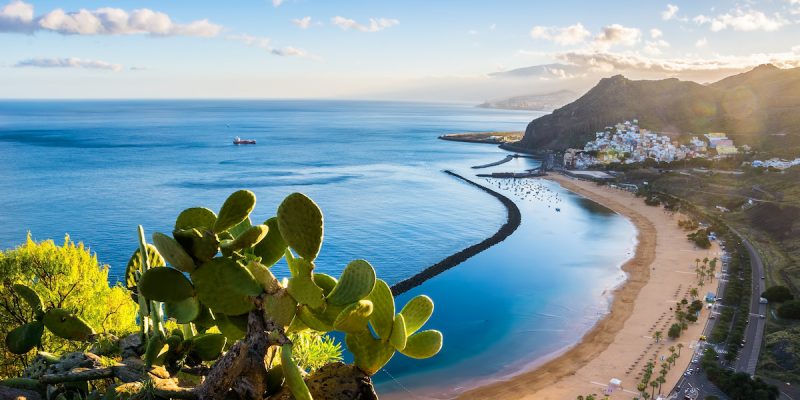 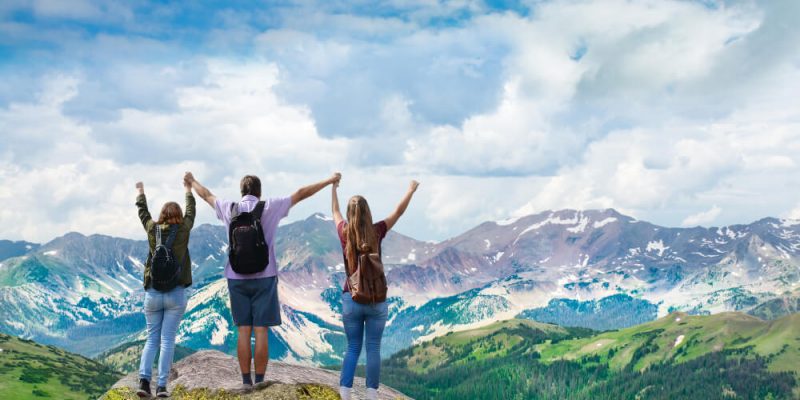