Such an unassuming word. And yet it holds great power and infamy amongst non-European digital nomads slow-traveling their way across Europe. You’ll hear people talking about their “Schengen days running out” or calculating how much longer they can stay “in the zone”.

But let’s make sure we’re all on the same page before we dive deeper into the headache that is “the Schengen”.

The Schengen Zone is the area of 26 European countries that abolished their international borders to make travel between the countries free and unrestricted. This Schengen Agreement was signed in June of 1985, near the town of Schengen in Luxembourg.

Citizens of these countries have no border or time restrictions when traveling between them. Which is also why a lot of Europeans from these countries may not even be aware that this zone exists, since they never have to worry about it. Others, however, do.

Citizens of these 41 non-European countries qualify to enter the zone without a visa. They only require an entry stamp and/or visa waiver in their passport when crossing a Schengen Zone border. They may then stay in any country within the zone for 90 days out of any 180 days.

Citizens of one of the countries listed here need an actual Schengen Visa to visit the Schengen Zone. The 90 out of 180 days apply in this case, too.

What does this mean for Non-Europeans travelling through Europe?

Whether you’re required to get a Schengen Visa or not, overstaying your 90 out of 180 days may result in a hefty fine, immediate deportation or being banned from entering the zone for a specific amount of time.

In Triber Dan’s words, you can stay in the Schengen zone for…

That’s the basic principle. But if you’ve read the article carefully, you may already suspect a workaround:

It used to be that the 180 day period reset after those 180 days after first entering the Schengen Zone. But a few years ago, this rule was changed to a “rolling period”, making it 90 out of the last 180 days.

To make it easier to know when you’ll be overstaying your welcome, you can use this nifty Schengen-day calculator. And, surprise, surprise, Apple also has an app for it.

Let me guess what you’re thinking now: Are there any European countries left outside of the Schengen zone? The above-mentioned list sounded pretty complete. Will I have to leave the continent to get out of Schengen?

True – most of the countries inside the Schengen zone are the ones we immediately associate with “Europe”. But there are actually many more countries on the European continent that aren’t part of the Schengen Agreement. These include:

Most of these are a quick and cheap plane-hop away from the Schengen Zone, so you won’t be spending large amounts of money traveling back and forth.

Certain EU-countries are likely to soon be a part of the Schengen zone, including Bulgaria, Croatia, Cyprus and Romania. These countries wish to be included in the zone, but their status remains pending for various reasons.

So if you’re heading to these countries to escape the zone in the next year or two, make sure they’re actually still outside of it.

So which of these non-Schengen countries are good for digital nomads to work and live from while escaping the 90-days constraint of The Schengen?

Here’s a list of non-Schengen countries many of our Tribe members have loved living and working in.

Bosnia & Herzegovina’s history is rife with conflict – and extremely recent conflict at that. Sarajevo still shows the aftermath of the Bosnian war for independence, during which it was besieged – yes, besieged, like castles in medieval times- by Serb forces for four years, winning the title of “the most destructive conflict since World War II” after its end in 1996.

1996. That’s 22 years ago and the scars are still visible in the monuments erected in the city, in the vast cemeteries dotting the surrounding hills, and in the remaining rubble of a few houses never cleared and rebuilt, making this an interesting place to visit and reflect.

But if you’re now imagining a grey, traumatised city of rubble, think again. Now a lively, bustling city with interesting contrasts between the traditional and the modern, Sarajevo has successfully turned itself around. Even better, it’s a completely safe place to visit. The war is over and nobody wants it back.

Triber Laura speaks highly of Sarajevo: “Sarajevo is an awesome city in Bosnia & Herzegovina; it has a decent startup scene and some coworking spaces, as well as cheap and good food.”

Sarajevo is also a short hop away from tourist hotspot Mostar, where a restored old town and beautiful natural landscapes meet the scars of war, most famously in the Stari Most bridge, which entices adrenaline junkies to jump 24 meters into the icy river below. Definitely worth a weekend trip.

If you can handle some fairly “heavy” historical reminders and are curious about a city and country still in the process of rebuilding, Sarajevo might be the place for you.

Bulgaria is quietly developing two significant digital nomad hotspots simultaneously. The first is Bansko, which doesn’t immediately appear like the most digital-nomady of places. It’s small, not close to any sort of coast line and in the winter actually becomes more of a hotspot for winter sports – which may just be the variety you’ve been looking for in your digital nomad travels.

What Bansko does offer, however, is a thriving expat and digital nomad community, due in no small part to Coworking Bansko, a boutique coworking space with 30 seats. If you’re running low on cash, Coworking Bansko is always looking for volunteers to help run the place and you’ll receive free accommodation and a spot in their coworking space in exchange for several hours of help per week. Despite being known for its superb skiing facilities, Bansko also offers many great outdoorsy activities during the summer. People who’ve stayed have no end of love for this coworking community and the location.

Not far away, Sofia is already a not-so-well-kept secret amongst the digital nomad community. This is due to its super low cost of living, modern infrastructure, its cultural and historical appeal, growing tech scene and, yes, it’s location outside of the Schengen Zone. There are a handful of coworking spaces and numerous comfortable cafes with reliable wifi to work from.

A downside to living in Bulgaria in general is the Cyrillic alphabet. While not a huge deal, it can make translating and understanding people a bit more challenging – but maybe that’s exactly the type of adventure you’re looking for?

The Tribe spent a wonderful chapter in Split in June of this year and fell in love. Croatia is a beautiful, beautiful country with its coastal islands, white pebble beaches and turquoise waters, as well as clear blue lakes and waterfalls in the backcountry.

While chock-full of tourists in the high-season from June to August, both Split and Dubrovnik are stunning cities full of history going back over a thousand years. Both cities and several picturesque coastal villages in between have also been used as film sets by the Game of Thrones crew – that’s how gorgeous this country is on almost every coastal inch. (I really can’t stress it enough).

Wifi is solid in the bigger cities like Split, Dubrovnik and Rijeka, though you may end up hunting for it a bit in the smaller ones like Zadar. But you will find it in numerous cafes and restaurants, even on islands like Hvar and Bol.

Triber Laura has a caveat:

“Croatia is lovely, but it is so expensive during the high season. Prices drop fast outside of it, so it’s a great option in September/October.

Triber Kieran spent 3.5 weeks in Budva, Montenegro, and loved it:

“It was awesome! There isn’t much in terms of workable cafes or coworking spaces, but the internet at the Airbnb was super solid. Montenegro has a ton of beautiful beaches and old castles with a rich history.

Another convenience for travellers is that Montenegro uses the euro, despite not yet being part of the EU. July and August are the most expensive and busy months, though still super cheap in comparison to other European countries. English-speakers may need hands and feet to get by sometimes, but it’s doable.

Add to that a very laid-back flair and the fact that it can be wildly cheap, and you have a non-Schengen country definitely worth visiting. Recommended for digital nomads who don’t need to work from a cafe or coworking space, and who are looking to escape the party locations, especially in the quieter months from October to April.

A little known fact about Romania that might surprise you: it has the 5th fastest internet speed in the world.

5th fastest. In the world.

Dracula would be proud. Yes, Transylvania, where he’s infamously from, lies smack-dab in the middle of Romania. Just the first of many facts that makes this country such a cool place to visit.

The Transylvanian town of Sibiu has retained all of its peaceful, relaxed village charm, while at the same time levelling up on its infrastructure. It’s super clean, easily walkable, with lots of workable cafes and restaurants, as well as a relatively lively night scene. As if that weren’t enough, there’s so much to do in and around Sibiu, that even a month-long stay will make you feel like you’re only scratching the surface.

If Sibiu sounds a bit too laid-back for you, Bucharest is the perfect Romanian alternative. With its outstanding architecture from all around the world, amazingly cool people and stuffed to the brim with wifi-happy cafes and restaurants, it also has a nightlife to be reckoned with. And this isn’t even in regards to clubs or bars. People in Bucharest simply seem to love the night and the city never sleeps, making it the perfect location to let your inner vampire out of the coffin.

All in all, with its super low cost of living, superior wifi and supernatural history (see what I did there?), Romania should definitely be on your list of non-Schengen countries to visit as a digital nomad.

Few people immediately think of Russia as a digital nomad hotspot – but some of our Tribers strongly advocate it.

“I would totally consider Russia, especially St. Petersburg. Internet is good and there are nice cafes and co-working spaces.

Elisa agrees: “I took the Trans-Siberian train, and while it was impossible to work from the train, the wifi is perfect in the cities. All of the of the cities also have coworking spaces. Almost nobody speaks English, though – Google Translate is good there.”

So, if you’re up for something a bit more exotic and adventurous, why not try Russia to get out of Schengen? Just make sure to download a translation app and pack warm clothes if you go in the winter months.

Another underrated digital nomad destination and Tribe favourite is the Ukraine, and especially Kiev.

In , the cost of living is cheaper than almost anywhere else in Europe. The WiFi is stable enough in the but can be a bit mixed in public places. There are definitely enough beautiful cafes and coworking spaces to work comfortably from, though. Bonus points if you know a little bit of Russian, but in the central parts of the you’ll get through with English.

There’s also more to see and do in Kiev than you may expect, most of which is dirt cheap. From a hopping bar scene over day trips outside of this laid-back city to wonderful food and enchanting, friendly people – Kiev might just charm your pants off.

Got any other non-Schengen locations to add? Tell us about them in the comments! 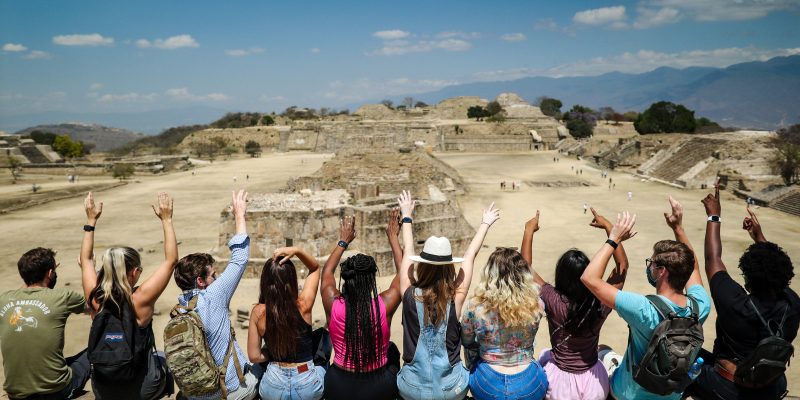 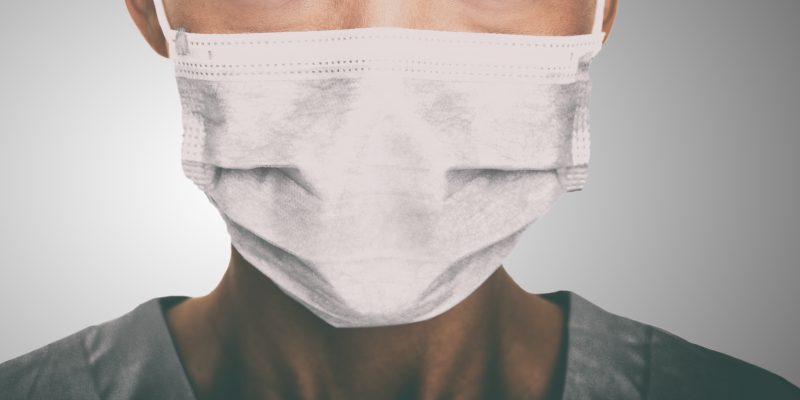